fan mail for  3 FOR ALL can be posted on

TOTALLY enjoyed the show on Saturday. I laughed non-stop, and my heart was in every scene. You 3 are such fine actors as well as funny men.

I've been enjoying performances of these improvisers for over 15 years.  Each is incredibly talented, and their years of working together have provided them with a keen trust and knowledge of each others styles and abilities.  I have never watched a performance without laughing until tears are rolling down my cheeks.  They are the BEST at long form improv.  Go see 3 FOR ALL!

Just got home from their show! These guys were standing-ovation fantastic! I've watched a lot of improv lately and I wondered about 3 dudes being able to create something of depth in a long form format - but Stephen, Rafe and Tim can easily play 6 or 7 richly varied characters  in one smoothly integrated and hilarious scene after another!  The stories they weave together are so brilliant  that you have to remind yourself that they are improvising. This troupe sets the bar with their mind-blowing talent and I can't wait to see them again!

This was a very enjoyable night.  The three actors have astonishingly agile minds, successfully spinning scenes from random cues.  The stories' content is really interesting on its own, let alone that it is all improvised de novo!  Though the actors have no idea of which direction the other characters are going to move, they keep embroidering the plots forward and create a finished whole.    These guys have great mental and corporal  flexibility, since there is so much physical comedy. It was like watching 3 really nimble actors morph from one character to another changing gender, age, and accent.  It just keeps moving, like an troupe of  improv Energizer Bunnies.  We loved the show and want to go back.

Because my mother made me work at the Renaissance Faire every summer of my childhood, I have a form of PTSD that tends to manifest itself around improvisational performance.   If you've ever had a skeev pretend it was "period" to loudly admire your adolescent cleavage, or had to endure the haughty company of thespians who live in vehicles and dress in dirty velvet, eating the last of your Corn Pops while they tell your mom that her kids (aka, YOU) are stifling her creativity... well, then I think you know what I'm talking about.

So when the Mr. said we were going to an improv show, I may have grimaced.  Because I'm a MORON.  I laughed within the first 30 seconds of the performance -- and continued to keep laughing the whole damn time.  Genuinely.  From the belly. I can't remember the last time I did that.  These guys were witty and quick; not remotely hammy or needy. I'd describe the show, but from what I hear, you'll never see what I saw. Every performance is packed with a fresh batch of clever.  Thanks to 3 FOR ALL, not only for a super good time but for also helping me work through some issues and dispel some personal myths.  I still may black out if you say "huzzah" around me, but I've found a love for improv.

Forget what you think you know about improv.  Except that it can be hilariously funny.  3 FOR ALL takes improv to a whole new level--as if it's "real time play writing" so that as well as being hilarious, you have real characters in real situations, and stories that can be emotionally moving as well as laugh-out-loud funny.  Watching them is like watching magic--you're amazed, you don't know how it even happened, and you're delighted you were there to witness it.   Their shows are REAL magic--every show is a unique experience--you have to be there to appreciate it--and participate in it.  These guys are without a doubt, among the very best improvisers on the planet. Their shows always sell out, and with good reason--it's a true expression of what live theater is and should be--absolutely alive!

"Wow! One of the best shows ever! Again!"

These guys are solid. Very consistent. Very funny. Very professional. Seen them in 3 or 4 shows so far and each time has been better than previous. Last time in "A Very Merry Murder Mystery" which was a great show even though it was done in the murder mystery genre (which I'm not a fan of - apparently). Also only 2 of the 3 were in the show, along with at least one other troupe, but it didn't take away from the quality.  Totally worth the money! These guys should get their own TV show, or at least a special.

These three have amazing chemistry and each show I've seen is jaw droppingly good. I love them as much as apple pie. Go see but save a ticket for me!

3 FOR ALL is a must see!  And they are playing this weekend only at BATS Theater at Fort Mason.  You might think you don't really care for Improv, well guess again because what they do is high wire stuff without a net!  I'm going both nights they  are that good.  Get your tickets online because they will sell out.

Rafe is an excellent performance artist. The improv acts are amazing. Highly recommended!

One of the best improv groups in country and that's no joke!  They are playing this New Year's Eve with True Fiction Magazine at the Legion of Honor - a show not to be missed!

3 FOR ALL  is Rafe Chase, Stephen Kearin, and Tim Orr -- An improvising trio tour de force.  All three are current or former main stage players with Bay Area Theatresports and have been performing together for more then 10 years.  Truly a unique experience, certainly on the top improv list of SF and the bay. 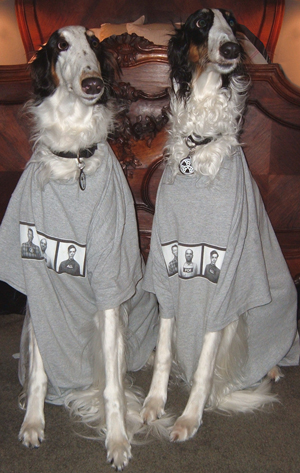